When I used to live in London I found that the pollution from the underground was starting to give me hay fever-like symptoms. On moving to the countryside these disappeared and I didn’t have to think about it. Then a few years ago my eldest daughter started to really suffer with hay fever – red, swollen itchy eyes that were so extreme that she found it hard to concentrate in class and had difficulty getting to sleep. She started to hate the summer and that’s not good for a 10 year old girl wanting to play in the park with her friends. So I applied my skills as a homeopath to the situation….

I started by treating her with several well known acute remedies for the type of hay fever affecting the eyes (which you can try for yourself in a 30C potency):

Euphrasia
This is a great remedy for watery eyes and noses, particularly if the water from the eyes burns the cheeks and the discharge from the nose is milder. There may be a bit of a cough at the same time and the eyes can be crusty on waking. The discharge is clear and there is usually a lot of sneezing too. As well as taking as a homeopathic remedy, you can buy Euphrasia eye drops – these can be wonderfully soothing for any sore eyes.

Allium Cepa
This remedy helps with the opposite symptoms to Euphrasia – the discharge from the nose is sore (and there is a lot of it!) while the eyes are usually watery but less sore. The person needing this would feel better for being outside (when away from the source of the hay fever). There is usually a lot of sneezing and the if the eyes/nostrils are worse on the left side this is definitely worth considering.

Arsenicum Album
This can help again if there is a lot of discharge from the nose and eyes. It would be used more when the symptoms are more right-sided.  You might notice a rather irritating sensation as though you are being tickled with a feather in a small spot in the nose or throat. With this remedy, discharges from the eyes or nose may be burning.

Now these remedies helped my daughter to an extent, but were not completely ‘hitting the spot’ for her. After a bit of research, I came across a great combination of remedies used by A Vogel in their Pollinosan product (it contains: Ammi visnaga, Aralia racemosa, Cardiospermum halicacabum, Larrea mexicana, Luffa operculata, Okoubaka aubrevillei and Galphimia glauca). I made a remedy for her out of these ingredients and her acute symptoms were really helped – this became our ‘go to’ remedy whenever it bothered her.

One thing I noticed in my first few years of being a homeopath was that when I treated clients constitutionally (i.e. – holistically by finding remedies that made them feel better overall) they often remarked on how their allergies or hay fever just didn’t bother them so much any more. This got me thinking about how I could stop my daughter getting hay fever so badly each year.

I have been treating her for the last few months out of the hay fever season with various remedies that should help prevent her from getting symptoms so severely this year. I can tell that they are helping, as she is getting mild eye symptoms (a bit like those she has when she has hay fever) whenever she is taking one particular remedy (called Psorinum). This is what I would call a mild healing reaction – kind of flushing out the symptoms but in a gradual, milder way than the full-blown hay fever. I am alternating this with a remedy made of mixed pollens to desensitise her to her allergens too. I will carry on treating her with these remedies before the hay fever season starts (for her this is in May) and I’m feeling optimistic that her hay fever will be less severe this year.

Could homeopathy help you or your kids?

For many people it is not too late to start treating hay fever before the season starts. This is ideal as is should reduce the symptoms you experience this summer. Can you imagine being altogether less tickly, throaty, itchy, nose-runny?! Or not having to take medication that makes you dopey and drowsy?

Spring is on its way (Yay!). But if you generally get hayfever from April/May onwards there is still time to start pre-seasonal treatment.  Although symptoms don’t usually disappear completely on the first year of treatment, they can be dramatically reduced and often a thing of the past within a few years.

Once the inflammation has started during the hayfever season, the best approach is to treat the symptoms acutely. Book an appointment with me to arm yourself with the best remedies & practical advice to suit your hayfever.

Call me for a free 20 minute chat about your hay fever. Or drop me a line – I’d love to answer your questions. 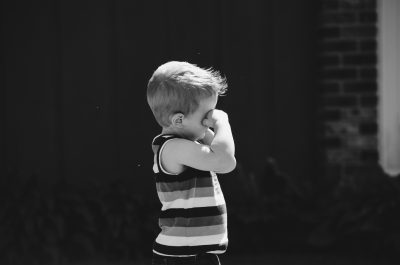